TreasurUp people are a mix of professionals with experience in corporate treasury, corporate banking, financial markets & data and IT engineering. This uniquely positions us to move banks up: because we understand each part of the challenge: clients, products, financial markets, commercial/transaction banking, IT engineering, regulations and security. They all need to be addressed in order to seriously move banks up.

Banks are well positioned: they have the financial products, the bright people, the IT capacity and the budgets. Still, they are struggling. What if they could integrate products, people and channels much better? Like retail banks. It is our mission to increase the value proposition of the bank by renewing their online commercial banking offering. 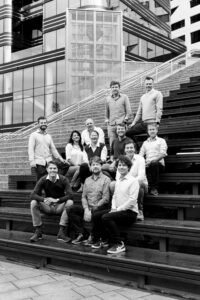 In June 2021 TreasurUp spins out of Rabobank through a successful series A investment round with  main shareholders being Rabobank Frontier Ventures (Netherlands) and OFX (listed FX payments company, Australia).

Later in 2021 TreasurUp starts the development of its ‘light TMS’ module that it believes every Commercial Banking unit should offer its SMB clients: Cash Visibility & Forecasting. This new module is based on the latest Open Banking (PSD2) standards and ERP integration and the journeys are integrated with the existing FX hedging module.

Now that banks have become the clients for TreasurUp, the venture realizes it needs to be ahead of possible competition. It starts preparing for a spinoff which includes searching for investors.

In May 2020 TreasurUp is awarded a place in the Global Markets Incubator Programme of the French bank Société Générale. 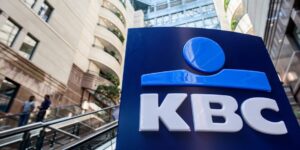 Now that the business model has changed to serving multiple banks and to developing front-end solutions for SMB clients of banks, the company changes its name from ‘Easytrade’ to ‘TreasurUp’. The aim is to create front-ends that WOW the SMB clients which means they need to get beyond foreign exchange hedging.

TreasurUp launches its second channel: a mobile app for iOS and Android that is also offered white labeled to banks. 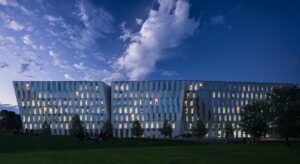 In May 2018 Rabobank decided to replace its existing FX front-end for single bank clients completely with TreasurUp’s services.

Only one month later TreasurUp signs a contract with its first ‘external’ client: OP Bank (Finland) for white label services. Furthermore it extensively invests in the platform to allow for multiple banks using it with their own requirements.

August 2018 – TreasurUp changes its business model by fully focusing on and delivering its services and solutions to banks only. 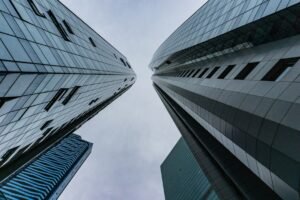 The fresh Web environment was being improved with the input of the first 50 company end-users and many additional companies in the range of an annual turnover of EUR 1 – 500 million were approached and interviewed.

In the second half of 2017 the team launched a second automated hedging module for a new group of company users: forecast based hedging. This module is typically being used for companies where projects are being hedged: for example software implementation, machine builders and infrastructure projects.

The team is challenged to come up with a business model that can generate revenues. As the FX revenues are booked by the bank, the team decides to explore the idea of white labeling the online environment for multiple banks.

The three founders Niels, Marien and Arjan won in a moonshot innovation campaign at Rabobank with their idea of making FX trading easy, fast and simple: EasyTrade. Hundreds of companies were interviewed and observed. This led to a striking conclusion: There is a large gap between what companies aim to do in Finance or Treasury departments and what banks are offering.

TreasurUp nowadays aims to help banks to do much better. We bring banks together and develop solutions that most banks can benefit from. Sharing ideas and development costs can really move banks up and increase their value proposition. TreasurUp does not believe in silos, individual products and channels. Integrated journeys in a multi-channel offering is what we believe banks need to have for their small and medium business (SMB ) clients.

Later in 2016 the team converted the prototype into a working MVP Web environment. A whole new technology stack was used and the environment was connected to Rabobank’s FX pricing and trading environment. Later that year automated hedging of Orders/Invoices was introduced.